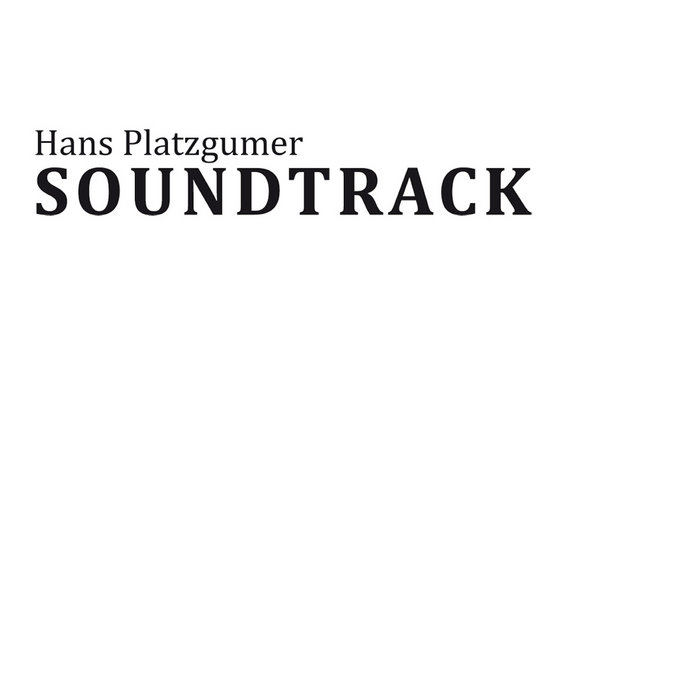 The original press release from January 2009:

This is not an ordinary CD. In 1987 with the release of his first album, Tod der CD! – Death To The Compact Disc, Hans Platzgumer claimed the demise of the CD format that just had been successfully forced into the music market. Today, with the downfall of the music industry, Platzgumers prediction has become reality. He has released hundreds of tunes on vinyl, polycarbonate plastic or as mp3 downloads, and Soundtrack will now be his very last release on Compact Disc. Befitting its rank, this proves to be a digital epic, a statement that stretches the means of the CD medium to its limits, both musically and aesthetically. What you have in your hands is a milestone in the development of an outstanding musician who honed his craft through many years from garage rock to contemporary electronic music.

During the last 10 years Hans Platzgumer has created unconventional and charismatic scores for 40 radio dramas, audio books, films and theatre productions. Over the course of creating these works he built up a massive pool of audio files. Now he has browsed through this data, rearranged, remixed it, added new sounds to it, and thus created a new 65 minute long soundtrack to an imaginary film which emerges merely in the head of its listener.

In order to allow the listener to build up his own private imagery to the music, this CD is at first glance simply presented in a pure, minimalistic white cover. But in fact we did not keep it all that simple. To show the wide variety of patterns that such intense ambient music can evoke in the mind of its audience, we asked 23 international artists to design their vision of what this music literally looks like. And the result was stunning. Both, consistent and diverse, the 23 artworks that originated from this idea provide inspiring alternatives to the plain original cover. Presented in a separate booklet, each of them can be detached to replace the jewel box’s coversheet.

The involved artists hail from different cultures and generations. They cover a wide range of artistic directions. Their only specification for the Soundtrack designs was to envisage and capture the music, retaining the CD cover dimensions. And since their output relays such a startlingly coherent pictorial voice, this CD package demonstrates how accurately instrumental music works as an international language.