Melt Inside the Sun 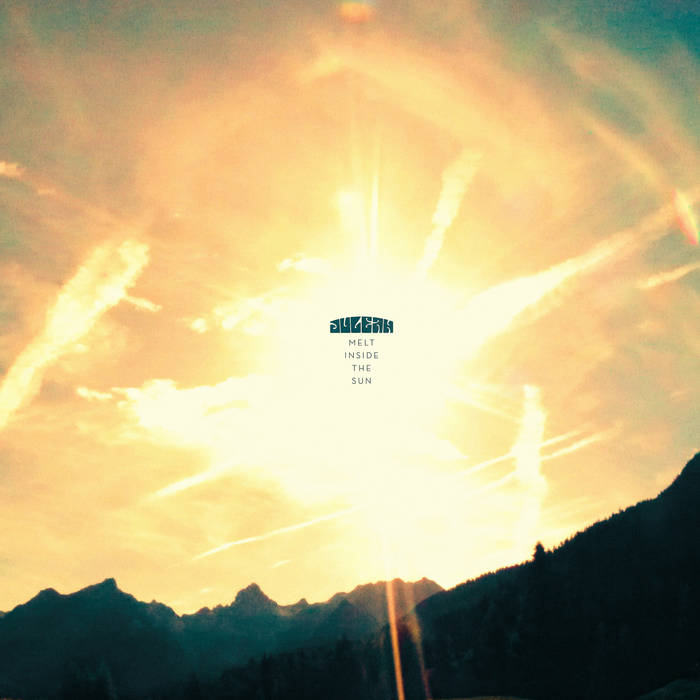 Jenell Kesler She's created a wonderfully lush dream-pop album that’s delightfully laced with neo-psych edges mixed with the swagger of a blueswoman just stepped off the bus, lookin’ for a place to plug in her guitar. This album is masterfully created, hypnotically compelling, haunting and darkly sexual, with each song flowing not only effortlessly, but seamlessly into the next. The release is concise, never in your face, and those quivering sustained strings just melt my heart.

If Julia Hummer aka Juleah ever designed a car, its passengers would rather nestle themselves inside a hammock than into something as trivial as a seat. They’d be swinging lazily to the echoes of the drifting trees, and slowly they’d be swirling in the wake of the lanterns, who’d be sparkling in an unearthly tint of yellow.

Hey ... who’s behind the wheel? Darling, who cares!

Be aware: Melt inside the sun (Konkord 087) is more than just a succession of songs. It’s a hypnotic vortex and a well of brilliant energy. It’s all dissolving into one, like one epic song.

Julia Hummers vocals have a dark touch to them, they are weary at times but unhesitant at most. They are travelling through soundscapes reminiscent of the playfullness of West Coast Psychedelia. But don’t get me wrong: there are surfguitars rampaging and hotspurring the waves. And there’s an organ, too, clearing the deck for the magic carpet ride. And there’s Juleah. Driven by a relentless beat and a yearning for a straightness, she’s finally putting no-nonsense into psychedelia.

Julia Hummer is not the nice girl next door, she’s the coolest kid on the block. And Juleah doing her own thing does get her the attention she deserves. The New Musical Express stated in 2014: [Juleah] „marks a beautiful midpoint between the wavering vocals and tender, spacious instrumentation of Mazzy Star and the anthemic drive of Ride.“

The Psychedelia-Department of Konkord Records concludes: Melt inside the sun is the kind of record Spaceman 3 would have recorded had they been born on the sunny side of minimalism. It is more than just a great record, it is what an aural caleidoscope would sound like, with us inside, constantly circling around Juleah, in a hypnotizing motion, forever.