by Bo Candy & His Broken Hearts 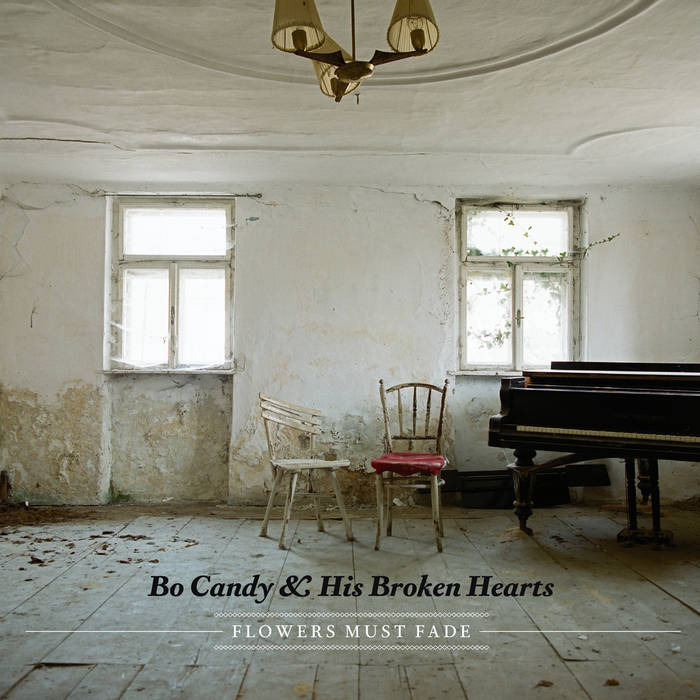 Kicked off by a pounding drum it doesn´t take long to realise that with their second album Bo Candy & His Broken Hearts, a five-piece band operating out of Austria´s Burgenland, definitely manage to build and expand on their -great! - first album released in 2011. There´s no resisting the funky riff the band follows the first beats with, getting the album well under way and easily catching the listerner´s attention.

It sounds like Bo Candy & His Broken Hearts reveal themselves to be close relatives of early Blues Explosion or – even more vintage – the good old early Stones. Recording most of their material live in their own analogue studio, they prove to be a very focused band.

What adds depth and soul to the way this album unfolds is the way they sequence the tracks on this album, following fast paced stompers with moody ballads, bringing in a structure that works almost magically.

"Flowers Must Fade"? Truth, all flowers everywhere, at any time, will and must fade. But to do so, they must have been in bloom before. Bo Candy & His Broken Hearts are in full bloom with „Flowers Must Fade“!