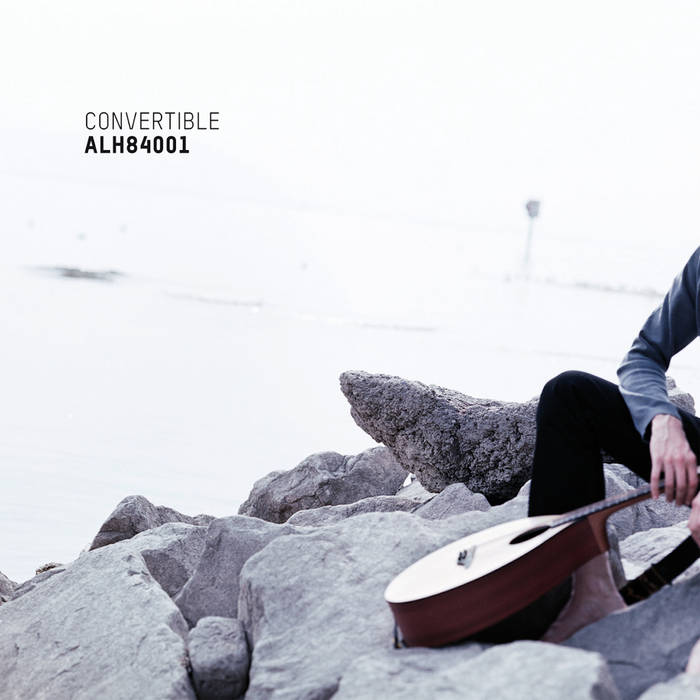 When shapes collide into a perfect fit ......

ALH84001, the long-awaited fourth album by Hans Platzgumer’s Convertible, drives the Gran Senor of Austria’s Alternative Music further into acoustic, pure and analogue realms. Just like his debut  Convertible (2004) this album was more or less recorded by Hans Platzgumer himself. Already for the second album Frailty of Win - Strength of Defeat (2006), the formerly predominant symbiosis of Electronica and Rock instrumentation was modified towards handplayed instruments.

And in the end, for Convertibl3 (Monkey 2007) - generally known as the band’s White Album - the computer was banned for good. From now on polyphonic vocals, string arrangements and a rather dirty way of production reminding of obscure 60s/70s records predominate. For ALH84001 the acoustic spectrum was enhanced by a mandoline, bouzouki, cello and hammond organs, there are hardly any contortions or further sound adaptations to be found.

ALH84001 is neither Nu-Folk nor a nostalgic undertaking of any sort. A world between decadence and tragic, opulence and scantiness is being created here, and it hypnotizes its listeners with the silence between the chords and HP’s touching voice. But beware – this idyll is treacherous! It only takes a few scratchy string arrangements and well-placed words to drift from relaxed Folk-Psychedelic into the bizarre realm of the psychotic.

In a time that often knows Folksong only as a ragged creature, where scarecrows can hardly be told from dandys, these cunning, extraordinarily well arranged album titles stand out from otherwise mostly standardised folk sentimentalism.

So what is left over? - Demons, ghost songs blown over from the fields, the rivers’ endlessly monotonous stories, dreadful heat and bitter cold, hallucinations in a cursed place amidst the rural idyll. In short: the complex lyrics - which once again were written in cooperation with Hannah MacKenna; poems by Robert Frost and Albert Ostermaier set into music; or a cover by The Smiths, that perfectly fits the scene.

And then again - maybe ALH84001 simply is a revenant of HP’s first coup, the legendary debut album Tod der CD! (1987). Because, as we all know: the older the houses, the more cunning are the ghosts within.